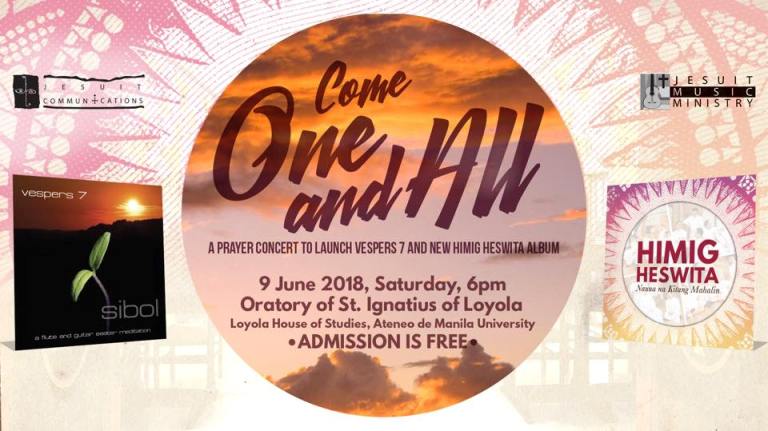 Jesuit Music Ministry (JMM) artist Himig Heswita makes its long-awaited return to the concert stage this June 9, Saturday, 6 pm at the Oratory of St.Ignatius of Loyola, Loyola House of Studies, Ateneo de Manila University. Dubbed “Come One and All”, the one-hour prayer-concert celebrates the launching of Himig Heswita’s brand-new album “Nauna na Kitang Mahalin”, alongside the commemoration of the Feast of the Immaculate Heart of Mary.
The said event simultaneously launches “Sibol”, the newest album in JMM’s long-running instrumental series “Vespers”. Recently released during the Holy Week, the seventh edition of JMM’s evening prayer hymns is headlined by the carrier single “Children of Easter Morn”, composed by the renowned Fr.Manoling V. Francisco SJ. ‘Sibol’ producer Jay Gomez showcases his talent on the flute, while featured on guitar is the award-winning songwriter, Toto Sorioso. 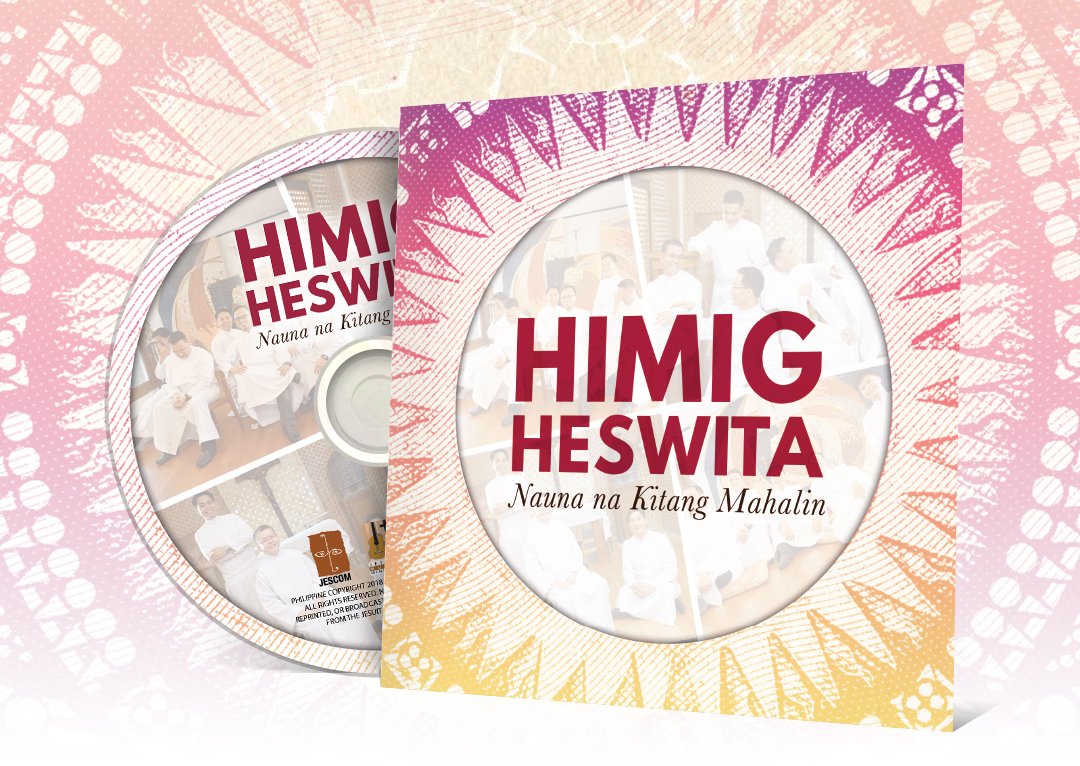 “Come One and All” is Himig Heswita’s first live musical performance since September 2016’s “Tayo Na’t Magdiwang”, when the beloved Jesuit ensemble marked its 35th anniversary. Concurrently, “Nauna na Kitang Mahalin” is their first album since 2014’s “I Am Ever with You”.

“The songs of ‘Nauna na Kitang Mahalin’ are prayers in themselves, but they are also fruits of much prayer,” explains Producer and JMM Director Lester Mendiola, “Compared to other methods, prayer is the main inspiration behind Jesuit composition.” 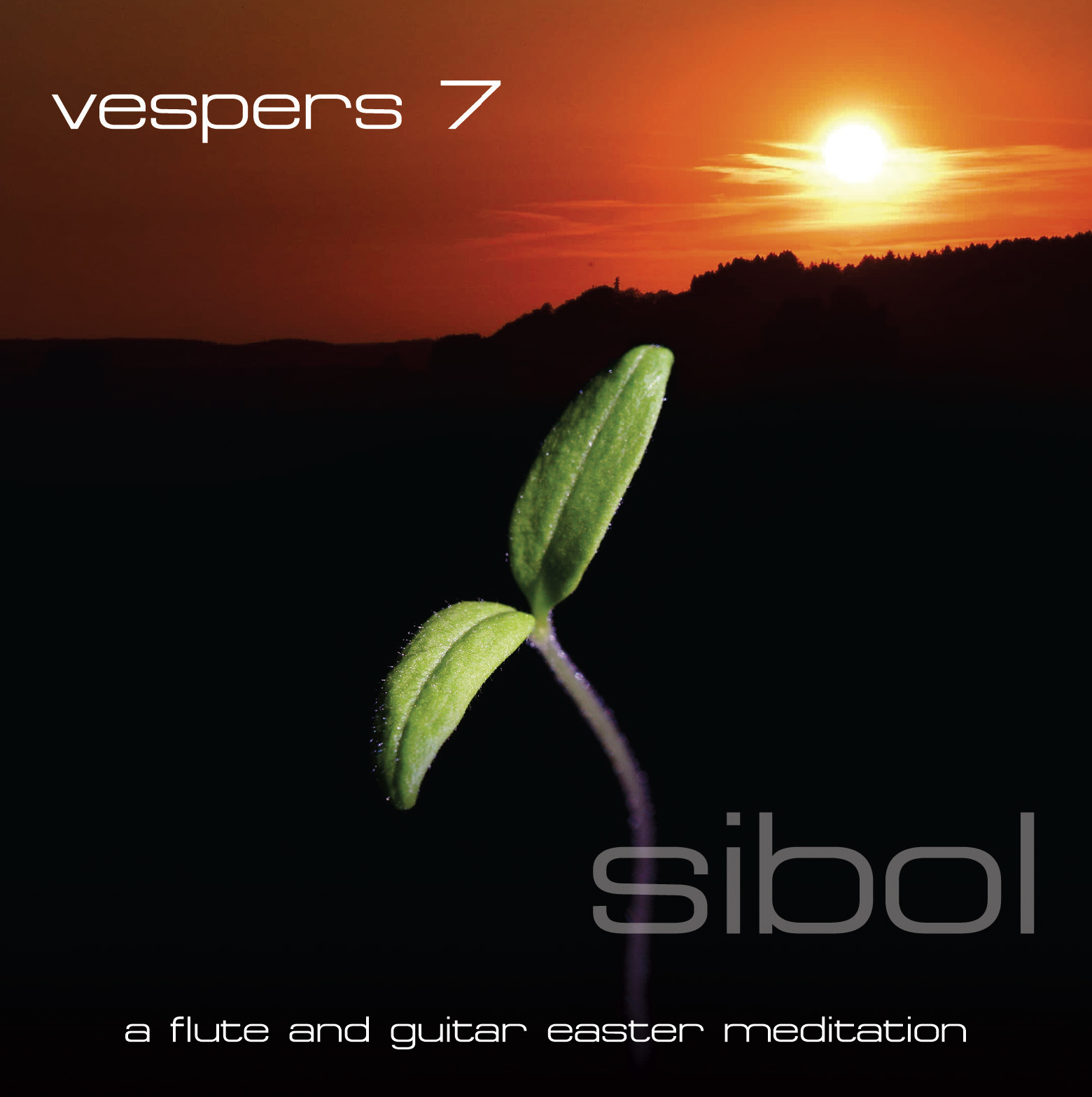 Admission to “Come One and All” is free and open to the public.

Jesuit Music Ministry and Jesuit Communications invite you to " Come one and All : A Prayer Concert " on JUNE 9, 2018 at Oratory of St. Ignatius of Loyola, Ateneo De Manila University, 6PM.Be the first to hear previews of the songs from our newest albums, Vespers 7 and the new Himig Heswita album, Nauna Na Kitang Mahalin! For more updates about " Come one and All : A Prayer Concert " , follow the official event page : https://www.facebook.com/events/208626973198477/Admission is FREE! See you there. #HimigHeswita #Vespers #EveningPrayer #JesuitMusicMinistry #JMM#JesComPH #PrayersWrappedinSongs

Posted by Jesuit Communications on Thursday, May 31, 2018

Do not try to access the QR code with your mobile payment/banking apps (GCash, GrabPay, BPI, etc.).