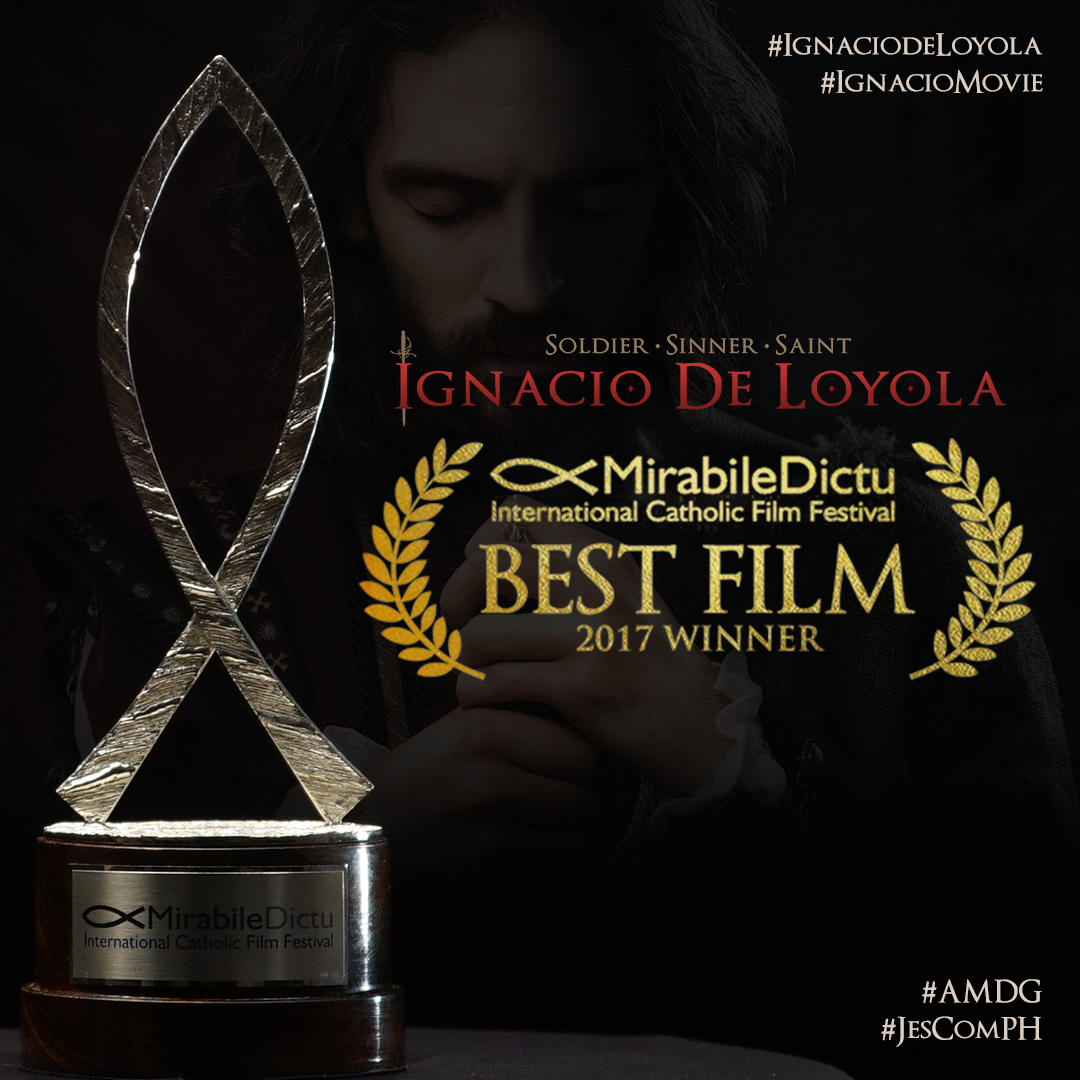 “Ignacio de Loyola,” the Filipino-produced biopic about the founder of the Society of Jesus, was recently awarded the Best Film prize at the Mirabile Dictu International Catholic Film Festival held in Vatican City from November 27 to 30, 2017. It is the first Filipino film to win the prestigious award.

Festival founder and organizer Liana Marabini says the jury was unanimous in their decision. “The most important thing to say about ‘Ignacio de Loyola’ is that…it is the first time in the history of the festival that this happened. There were no discussions about it. The members of the jury appreciated the script, the actors, the decorations, the costumes, the music of the film: in one word, everything.”

“Ignacio de Loyola” made history in 2016 when it became the first Filipino film to premiere at the Vatican. Produced by Jesuit Communications Foundation Philippines and top-billed by Spanish actor Andreas Muñoz, it enjoyed a successful theatrical run in the Philippines last year and has been shown in cities around the world, particularly in the United States, Spain, and in Mexico where it won the Audience Choice Award at the 12th Cine Con Valores Film Festival.

Producers Pauline Mangilog-Saltarin and Ernestine Tamana were in Rome to accept the Silver Fish trophy.

“It was truly a humbling experience to be called on stage to receive the award. Ignacio de Loyola was made with blood, sweat, and tears, literally!” says Saltarin. “We share this important recognition with our director and screenwriter Paolo Dy and the whole cast, crew, and production staff who made this film with so much passion and grace and turned it into a genuine labor of love.”

“Ignacio de Loyola” Executive Producer Fr. Emmanuel Alfonso, SJ further adds, “We are greatly honored by this award. It comes as a real surprise because the film was our first attempt at filmmaking. We therefore share this with all those who struggled with us to be able to produce this film. We hope that more people will be inspired by the example of St. Ignatius!”

Considered to be the “Oscars” of Catholic films, the Mirabile Dictu receives more than a thousand film entries each year from all over the world. The festival started with the intention of giving space to producers and filmmakers, documentaries, docu-fiction, TV series, short films, and programs that promote universal moral values and positive models.

Now on its eighth edition, it was conceptualized and created in 2010 under the High Patronage of the Pontifical Council for Culture (Pontificium Consilium de Cultura) during the time of Pope Benedict XVI. Cardinal Gianfranco Ravasi, president of the council, was present during the awarding ceremonies and gave a heart-felt speech about the power of film to transform lives.

In an interview with Rome Reports, Marabini says, “I think movies are a great evangelization tool, that’s why I now dedicate myself whether as producer or organizer of this festival, to give space and creative platform for Catholic films.”

The prize of the Festival, “Il Pesce d’Argento” (The Silver Fish, in Italian), is inspired by the first Christian symbol.

Parties interested to screen Ignacio de Loyola in their country may send an e-mail to Jesuit Communications Foundation at jcf@admu.edu.ph , send a private message through the official Ignacio de Loyola Facebook page or call +6 32 426 5971 to 72.